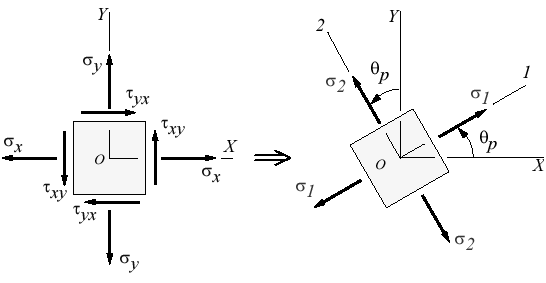 In calculus, you have learnt that when a function reaches maximum or minimum its derivative with respect to the independent variable becomes zero. Since the normal stress on an arbitrary plane is a function of the aspect angle θ as given by the expression,

Expression for major and minor principal stresses as follows :

Above equations may be used to readily determine the principal planes and principal stresses.