Consider a simply-supported beam BC, carrying a uniformly distributed load w per unit length, and couples MB and M, applied to ends, Fig 1(i). The reactions R, and R, can be found directly by taking moments about B and C in turn; we have 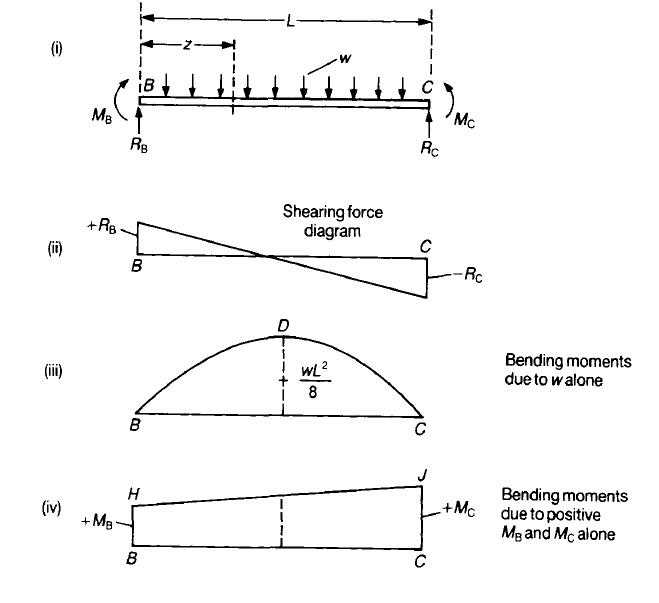 These give the shearing forces at the end of the beam, and the shearing force at any point of the beam can be deduced, Fig 1(ii). In discussing bending moments we consider the total loading actiom on the beam as the superposition of a uniformly distributed load and end couples; the istributed load gives rise to a parabolic bending moment curve, BDC in Fig 1(iii), whereas the end couples MB and M, give the straight line HJ, Fig 1(iv). The combined effects of the lateral load and the end couples give the curve BHDYC, Fig 1(v). The bending moment at a distance z from B is