For linearly elastic structure, where external forces only cause deformations, the complementary energy is equal to the strain energy.

For such structures, the Castigliano’s first theorem may be stated as the first partial derivative of the strain energy of the structure with respect to any particular force gives the displacement of the point of application of that force in the direction of its line of action. 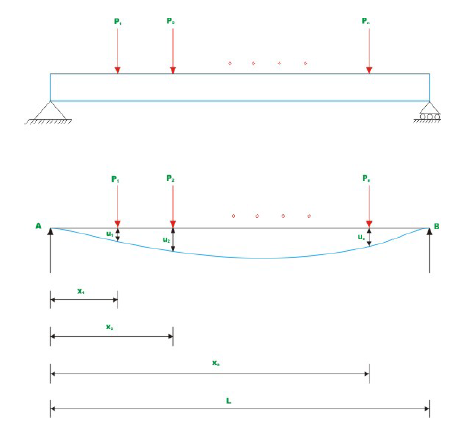 Assume that the material obeys Hooke’s law and invoking the principle of superposition, the work done by the external forces is given by

Now, differentiating the strain energy with any force P1 gives,