The load carrying capacity of compression members is greatly influenced by its slenderness ratio, a larger value of which reduces the allowable compressive stress. As the effective length is mostly fixed in such members, it is only the radius of gyration, which can be manipulated by the designer. 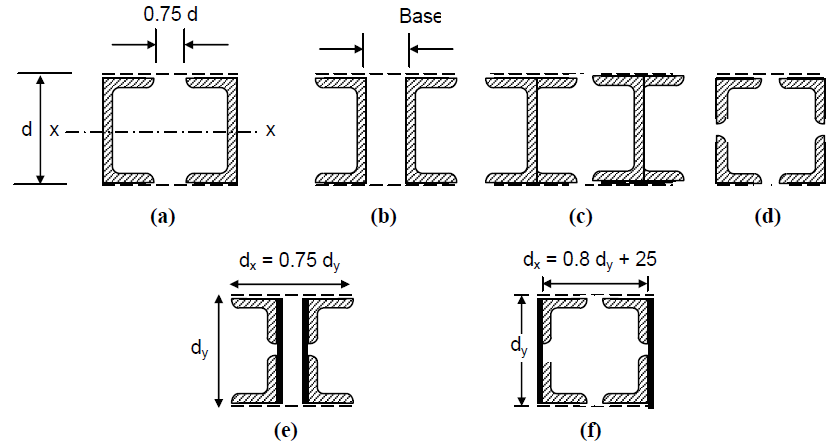 The main structural elements along with the connecting system must act as one element, without any joint failure, relative movement or distortion.

As regards the lateral connecting system, shown by dotted lines in Figure, is concerned, two common methods used in structural engineering practice are

Depending upon the system adopted we have different design procedures for each one of them.