Lacings normally consist of 50-65 mm wide mild steel flats or strips. But rolled steel sections (angles, rods or tubes) of equivalent strength may also be used. These are generally inclined in direction.

Lacings may be intersecting or non-intersecting type, depending whether their ends overlap or not (Figure(a)). Also lacing may be single-laced or double-laced as in Figure(b). 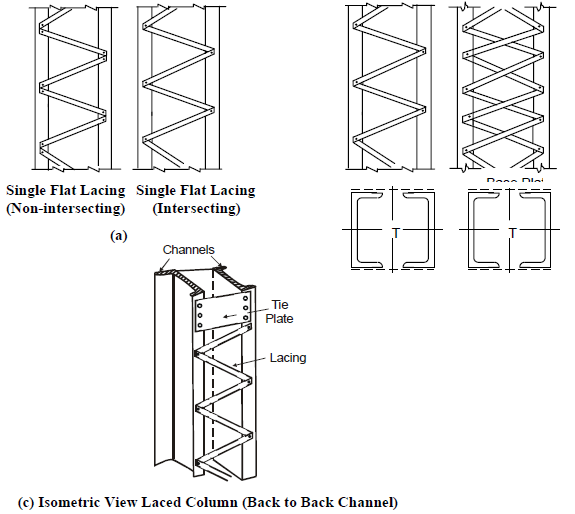 As far as practicable the lacing system shall not be varied throughout the length of the strut. IS : 800 does not recommend use of cross members (perpendicular to the longitudinal axis of the strut) along with single- or double-laced system of connections except for the tie plates or end tie plates.

Single-laced systems on opposite sides of the components shall preferably be in the same direction so that one be the shadow of the other (Figure (a)) instead of being initially opposite in direction (Figure (b)).